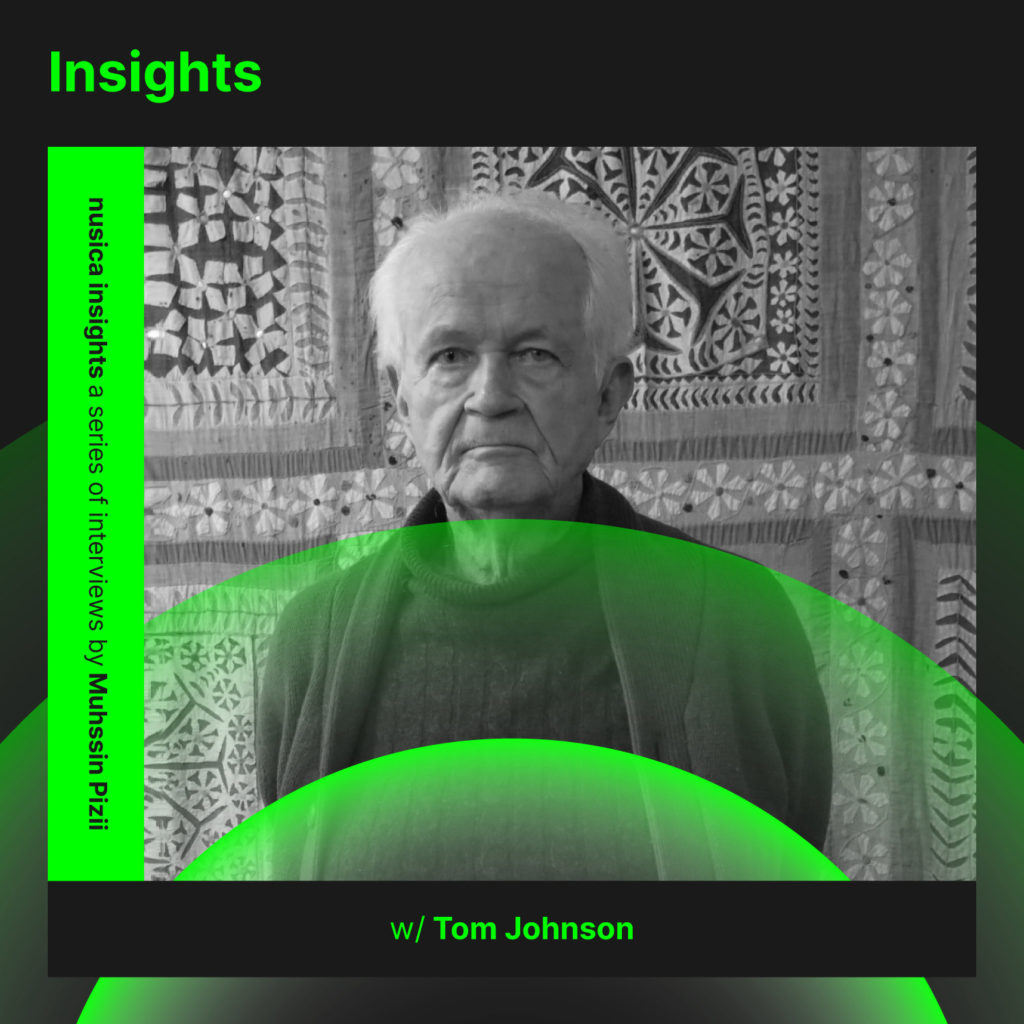 Tom Johnson, born in Colorado in 1939, received B.A. and M.Mus. degrees from Yale University, and studied composition privately with Morton Feldman. After 15 years in New York, he moved to Paris, where he has lived since 1983.

He is considered a minimalist, since he works with simple forms, limited scales, and generally reduced materials, but he proceeds in a more logical way than most minimalists, often using formulas, permutations, predictable sequences and various mathematical models.

Johnson is well known for his operas: The Four Note Opera (1972) continues to be presented in many countries, Riemannoper has been staged more than 30 times in German-speaking countries since its premier in Bremen in 1988. Often played non-operatic works include: Bedtime Stories, Rational Melodies, Music and Questions, Counting Duets, Tango, Narayana’s Cows, and Failing: a very difficult piece for solo string bass.

Johnson received the French national prize in the Victoires de la musique in 2001 for Kientzy Loops.

His books include Self-Similar Melodies (Editions75), Looking at Numbers (with Franck Jedrzejewski, Springer Verlag), and Other Harmony (Editions 75).