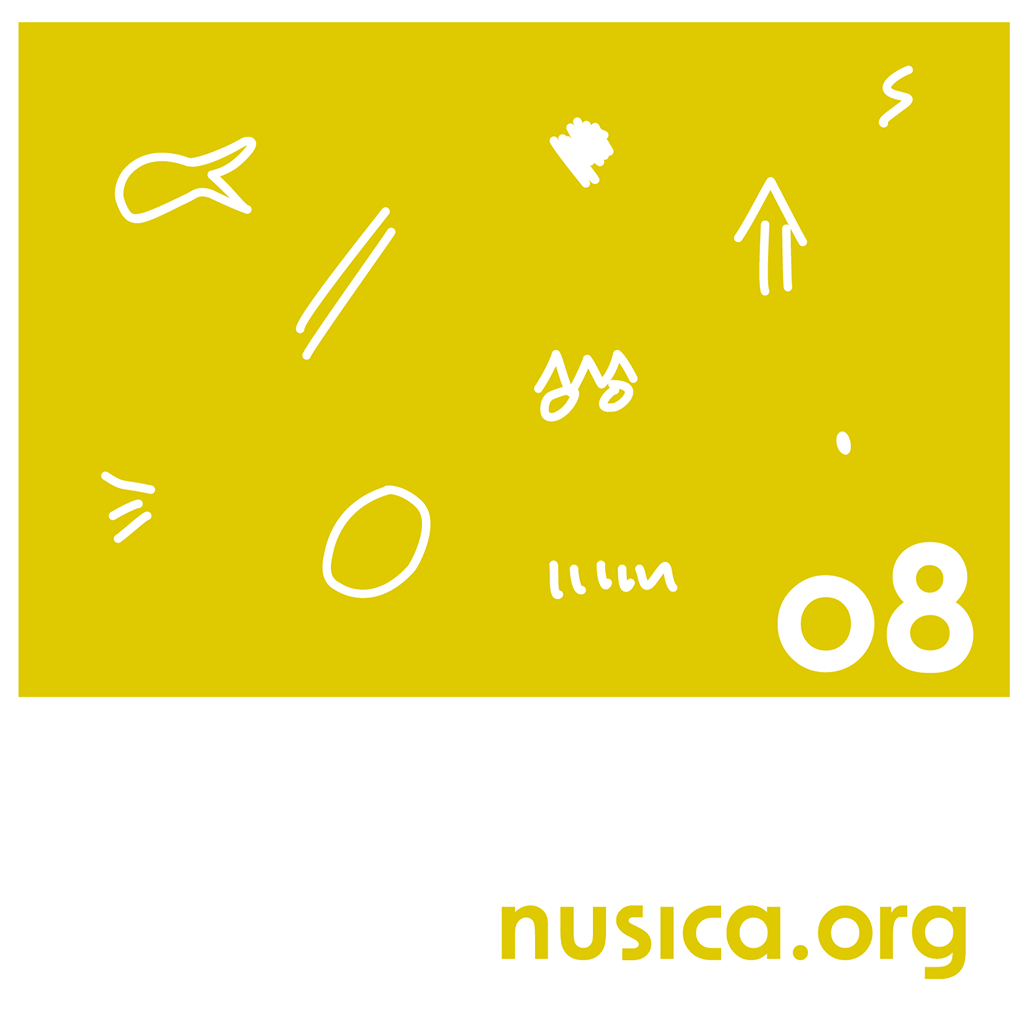 “Random2” is the eighth release by nusica.org: a sax solo album, atypical and unique, by saxophonist Nicola Fazzini (XYQuartet, CREI, HYPER+). With this new project Minimum Sax Vol 1, he draws the profiles of 46 sonorous objects. 46 originals compositions which were born after an afterthought of musical fruition in the Digital Era.

These pieces are variations of 10 matrix: fishes, divisions, things, lights, machines, towers, expantions and concentrations, sequences, shadows, silences. Combined together, they realize a random and organic process of musical creation that is also peculiar, intriguing and unreleased before.

In music, we talk about “sonorous objects”; these pieces are ‘minimums’ and ‘monodic’ sketches of them. In fact, there’s no use of effects and overdubs.

Each cd is also inimitable because it has been mastered with a random order of the tracks; the listening suggested is accidental too.

Nicola Fazzini puts himself both on the author’s side and on the listener’s side. So, “Random2” expresses a double creative intention: it is a squared disk, which amazes and surprises.

It was 2009 when Alessandro Fedrigo and I decided to take personal care of the publishing part of our musical activity. Coincidentally, I started wondering about the actual meaning of the CD as a medium for artistic content. In a full-blown digital era, why would a 50-minute CD be truer to the music therein than a 5-minute-only track, or a video, or a live performance?

Therefore (mused I) a way to restore a disk in its original significance might be having it interact with the features of a music playing device. E.g., the “random” option would bestow a CD a certain uniqueness, making it impredictable.
Consequently, I devised a work in which different disks would be mastered in different ways. By using the random option, the listener himself could set the track order, thus enabling a “squared random” option!

This plan required compositions which were liable to be combined in different orders; namely, compositions based on a simple metamusical language, best effected in a solo performance. Thus I wrote 46 short pieces consisting of variations from 10 matrices. The musical content originates mostly from the pitch set class (0, 1, 2, 3, 4) and its various combinations.

Nicola Fazzini is a saxophone player with a constant experience in live music. He collaborated with Enrico Rava, Peter Erskine, Carla Bley, Mark Murphy and many others. In these years he dedicated his work to a development of some compositional techniques which consider new musical elements. He uses lots of polyrhytmical modulations which creates a peculiar and original sound, and encourage the other musicians to improvise.
This is his first solo cd.

He played a lot in Europe, US and Asia. He founded and participates to original projects: “Nicola Fazzini Quartet”, “Try Trio” and “CREI Ensemble” (Composition, Research and Improvisation) realized with the partnership of Ca’ Foscari, University in Venice. From 2007 to 2014 he was the director of “Thelonious Monk” in Mira (VE), one of the most important jazz music schools in Italy. From 2010 he is the artistic director of “JAM – Jazz A Mira” Festival which hosts young italian and foreign artists and their new jazz projects. Since 2014 he leads labs of composition and improvisation at Ca’ Foscari University in Venice. www.nicolafazzini.com